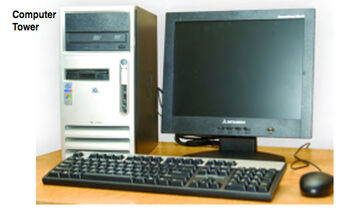 Today, a typical computer system consists of hardware and software that process data and is likely to include:

Retrieved from "https://itlaw.wikia.org/wiki/Computer_system?oldid=203535"
Community content is available under CC-BY-SA unless otherwise noted.