The IT Law Wiki
Register
Don't have an account?
Sign In
Advertisement
in: Security, Military, Definition, Electronic warfare

Electronic warfare is a well-established component of contemporary combat not necessarily involved with cyberspace.

The three major subdivisions within electronic warfare are: 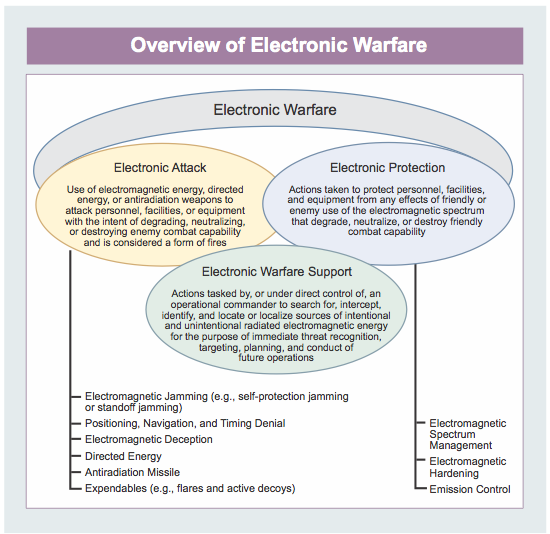 All three contribute to both offensive and defensive information operations. EW is any military action involving the use of electromagnetic and directed energy to control the electromagnetic spectrum or to attack the enemy.

EP and ES routinely are conducted during peacetime as well as during periods of crisis or conflict.

The Joint Force Commander (JFC) should ensure maximum coordination among EW and other information operations intelligence and communications support activities for maximum effect and to reduce electronic fratricide. This coordination is necessary to ensure effective exchange of information, eliminate undesirable duplication of effort, and provide mutual support.[5]