Information Sharing and Analysis Centers (ISAC) are a concept that was introduced and promulgated pursuant to Presidential Decision Directive 63 (PDD-63), signed May 22, 1998. PDD-63 recognized the potential for the critical infrastructures of the United States to be attacked either through physical or cyber means with the intent to affect the military or economic power of the country.

In PDD-63, the federal government asked each critical infrastructure sector to establish sector-specific information sharing organizations to share information, within each sector, about threats and vulnerabilities to that sector. In response, many sectors established Information Sharing and Analysis Centers to meet this need.[1] They are trusted entities established by critical infrastructure owners and operators. 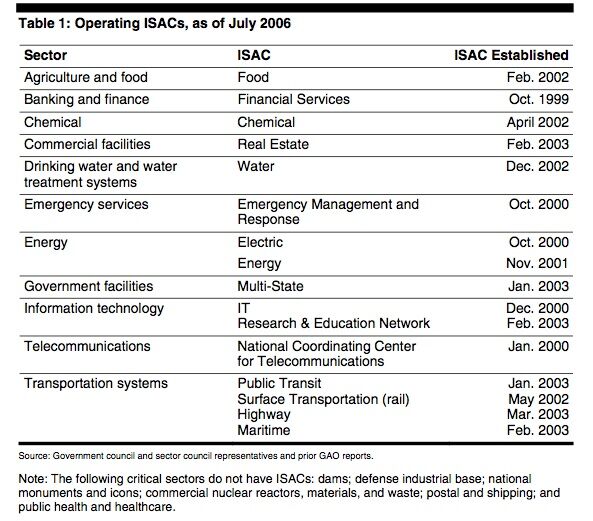 What is an ISAC?[edit | edit source]

By definition, an ISAC is a trusted, sector-specific entity which performs the following functions:

The following are statistics regarding a select number of the ISACs’ reach within their respective sectors:

Retrieved from "https://itlaw.wikia.org/wiki/Information_Sharing_and_Analysis_Center?oldid=191131"
Community content is available under CC-BY-SA unless otherwise noted.