The Intelligence Community is

The U.S. Intelligence Community (IC) is a federation of 17 agencies and organizations within the executive branch that work both independently and collaboratively to gather the intelligence necessary to conduct foreign relations and national security activities. Its primary mission is to collect and convey the essential information the President and members of the policymaking, law enforcement, and military communities require to execute their appointed duties. Their activities include:

Historically, the intelligence community has had separate instructions related to information system security. For example, Director of Central Intelligence Directive (DCID) 6/3, Protecting Sensitive Compartmented Information within Information Systems (June 5, 1999) and its implementation manual provided policy and procedures for the security and protection of systems that create, process, store, and transmit intelligence information, and defined and mandated the use of a risk management process and a certification and accreditation process. 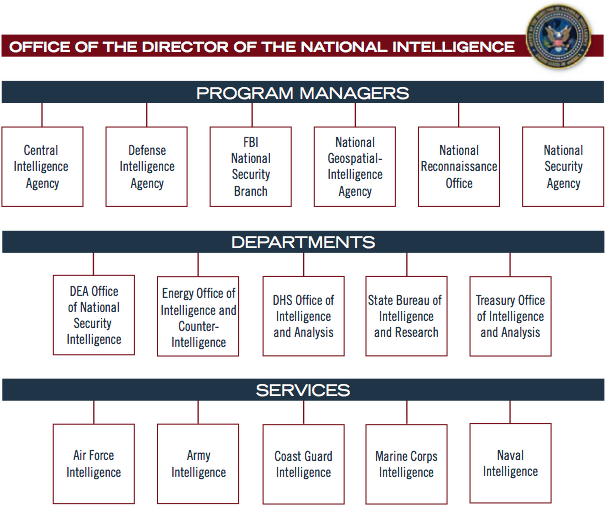 The members of the U.S. Intelligence Community are[5]

Retrieved from "https://itlaw.wikia.org/wiki/Intelligence_Community?oldid=207835"
Community content is available under CC-BY-SA unless otherwise noted.